Advanced-level eventer Colin Davidson, 29, passed away December 6th, after a one-car accident near his home in Charlottesville, Va. Davidson. Colin was an organ donor and his family decided to concede to his wishes. Originally from South Conway, N.H., competed through the four-star level on his horse Draco and was named to the 2010 U.S. Equestrian Federation's Eventing Developing Rider List. 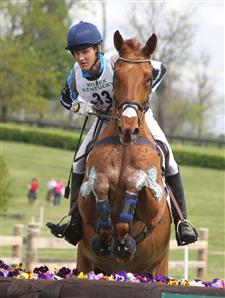