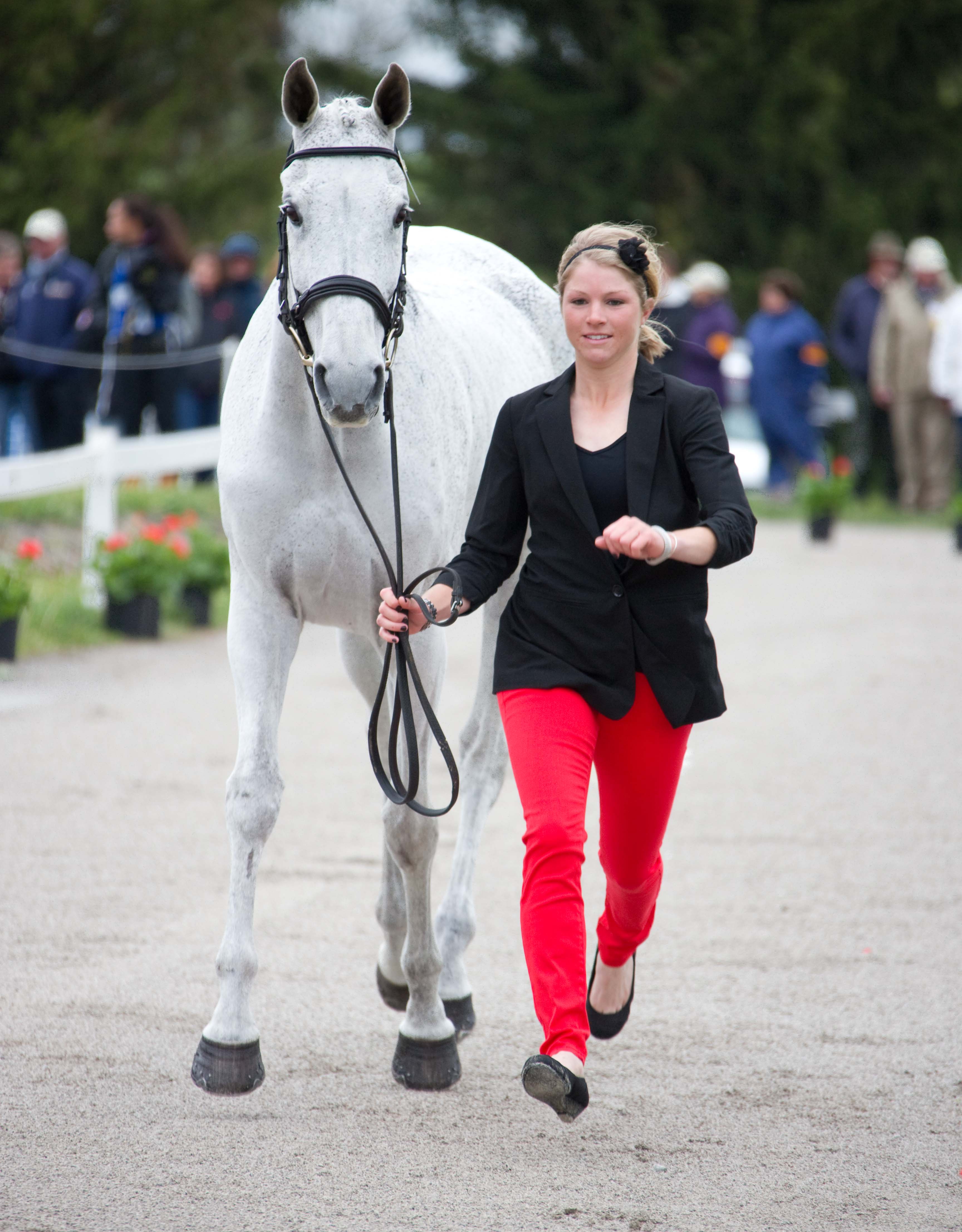 Rolex 2014. They say what doesn’t kill you makes you stronger and when it comes to my horse Catch A Star aka “Hoku” and I, I would say that this saying pretty much defines our career and partnership. I purchased Hoku in the summer of 2010, and together we quickly began to form a bond, but nothing made us closer than when the unthinkable happened on May 31st, 2011. I will never forget that night for the rest of my riding career or life, as an unfathomable barn fire at True Prospect Farm took the lives of six event horses and injured several others, among them my mare Hoku.

We were able to get Hoku out alive but the months that followed were full of ups and downs. This mare is incredible and special to me in so many ways, and her will to fight and passion are what I believe helped her survive the unthinkable. With second-degree burns over 30% of her body, she also had lacerations on her face and terrible burns on her ears, but somehow her eyes were ok, and I remember thinking that she wanted to make it and there was nothing I wouldn’t do to help her through.

The worst of her burns were on the left side of her neck, belly, back, hip and hindquarters and today she still has some scars as a result of the fire on the majority of her back, but that is all they are now…. scars, and a reminder of where we have been that drives my desire to succeed more than ever.

In January of 2012, I was able to return to riding Hoku after she had finished healing, and together we returned to competition on March 17th, 2012. Our partnership had grown and matured even while I was not able to ride her as a result of our quality time together through the healing process, and before long we were competing successfully at the advanced level as well as in international competition.

Things changed again on September 26th of that year, and this time, I would need Hoku to help me get better. A freak accident at home while rising the trot of all things, resulted in me hitting my head on the dressage arena and left me with a fractured skull, but more than that a great deal of swelling on my brain from the fracture I sustained and damage to my cerebellum.

I lost all of my motor skills, especially on my left side, which was much weaker, and faced grueling hours of rehab to get back to being my normal self. Through this process I found comfort in being around Hoku, almost as if she understood what I was going through in a weird way, and her spirit and enthusiasm for life inspired me to work harder, to get better the way she had.

I returned to action and competition the following season of 2013, and despite all of the odds against us in the months before, Hoku and I competed in and completed our first ever CCI**** at Rolex. After Rolex was over, I felt a sense of accomplishment, and yet a sense of drive to compete again at the CCI**** level, to better our first result, which I hope to do this year in 2014.

Through all of this, I have learned that horses can help heal you as much as you can heal them in certain situations, and most of all, that you can learn more and bond more with your closest equine friends in the moments that might not be what you dreamed of, but that those moments will make the success you achieve greater and will make you appreciate everything these incredible animals can do. I will always be grateful to have Hoku in my life regardless of the result of any competition we do together, and look forward to learning from her in the years to come as she reminds me why I love what I do every single day.